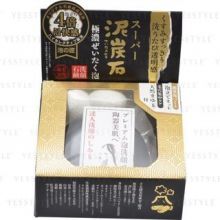 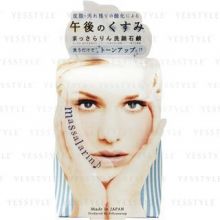 Brand from Japan: Pelican Soap. For afternoon dullness due to oxidation of sebum and dirt. By mixing mud and cleansing ingredients, your skin will be perfectly clean. Transparent white jasmine scent. How to use: Rinse the face and hands with lukewarm water, then rub the wet soap with your hands or a whipping net and lather firmly. Rinse gently with foam without rubbing, then rinse thoroughly. 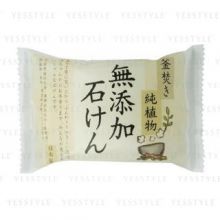 Brand from Japan: Pelican Soap. Burned with a kettle carefully, so it is a soft bubble feeling. Use pure and vegetable soap base with palm. The natural green as it is the soap base gently fragrant. It is a simple soap that everyone can use from babies to elderly people. 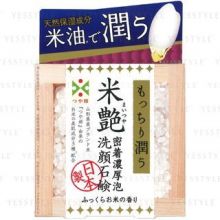 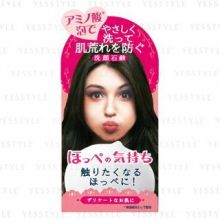 Brand from Japan: Pelican Soap. Aromatic flower fragrance. For delicate cheeks. Facial cleansing soap that is gently washed with amino acid foam to prevent rough skin. Also, delicate cheeks, 5 additive-free (colorants, synthetic flavors, parabens, mineral oils, alcohols). How to use: Thoroughly lather in lukewarm water (GOOD if you use a net) and wash with foam from your oily forehead or nose. Next, wash and wash the area where dryness is a concern, without rubbing cheeks or eyelids. Even if you just put foam on it, it's OK. 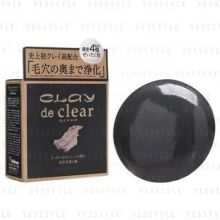 Brand from Japan: Pelican Soap. Combining dropping and moisturizing. First ever clay high-content solid soap. Made it because of high clay content. It is a cleansing soap that moisturizes moistly though it is refreshing. Adsorb cleaning of pore stains with 5 kinds of different particles clay. Foaming 4 times. Dense luxury of high selective recipe. Charcoal, natural plant extracts, emollient ingredients make even more luxurious comfort. Scent of geranium & rosemary that is purified to the heart. How to use: Wet face with lukewarm water, soap lather sufficiently with palm of hand. When bubbling, the amount of foam that is cooked in one hand is a measure of the amount used. Put a foam cushion on your face and wash it like massaging your face. Rinse with lukewarm water and rinse thoroughly without bubbles remaining. If you use lather net, you can enjoy more dense foam. Award-winning storyteller Bill Gordh (Film Advisory Board Award of Excellence winner, National Association of Parenting Periodicals Gold Award winner) presents this folk tale live with no script, accompanied only by his own dynamic banjo playing. Crow was always causing trouble wherever he went, doing tricks and being mean. One of his tricks was to call a stranger who he wanted something from "Brother-in-law" so that they would treat him like family and give him food. He would always make up how some great ancestor had married into the other animal's clan. While traveling he did this with Eagle-Hawk. after eating, he left. He faked a limp so they would feel sorry for him. He moved on and came quickly like the wind to Pelican's. He used the "Brother-in-law trick on Pelican and said he had come quickly because he was running from Emu who threw a boomerang and hurt his leg. Pelican invited Crow to stay in his wurley. They treated Crow as special guest bringing him wonderful food. He slept and when he awoke, it was almost noon. He never slept that late and decided that the pelican must have cast a spell. They had done nothing at all. He followed their tracks to the lagoon watching the pelicans in the water, thinking about what he might do to pay them back for making him sleep late. He heard some babies crying and could not figure out where it was coming from. Finally he saw that there were two baby pelicans in the fork of the tree above him. They were left there by two sisters who were in the lagoon and the mothers had set up a net around the tree so if a baby slipped it would still be safe and land in the net. 1. Language: English. Narrator: Bill Gordh. Audio sample: http://samples.audible.de/bk/adbl/017994/bk_adbl_017994_sample.mp3. Digital audiobook in aax.

Julia Fiona Roberts (born October 28, 1967) is an American actress. She became well known during the early 1990s after starring in the romantic comedy Pretty Woman opposite Richard Gere, which grossed $463 million worldwide. After receiving Academy Award nominations for Steel Magnolias in 1990 and Pretty Woman in 1991, she won the Academy Award for Best Actress in 2001 for her performance in Erin Brockovich. Her films, which also include romantic comedies such as My Best Friend's Wedding, Mystic Pizza, Notting Hill, Runaway Bride, and crime films such as The Pelican Brief and Ocean's Eleven and Twelve have collectively brought box office receipts of over $2 billion, making her the most successful actress in terms of box office receipts. Roberts had become one of the highest-paid actresses in the world, topping the Hollywood Reporter's annual "power list" of top-earning female stars from 2002 to 2005, until 2006, when Nicole Kidman won the top spot. Her fee for 1990's Pretty Woman was $300,000, in 2003, she was paid an unprecedented $25 million for her role in Mona Lisa Smile. As of 2007, Roberts's net worth was estimated to be $140 million.